There is a new robot in the Conservation Science Lab that is transforming the way we understand our collection using big data!  Thanks to a generous gift from John and Sarah Lechleiter, Newfields has a new Macro X-ray fluorescence scanning (MA-XRF) instrument. Why is this technology so exciting? By collecting and processing so much data, the robot helps us to answer questions we didn’t even know we had. We have had the robot for a few months, and we have already discovered hidden inscriptions and even paintings under other paintings.

Newfields has been using this type of analysis since the Conservation Science Lab was established in 2010, but the way the new robot collects data is completely transforming the technique. By collecting data much faster, the MA-XRF instrument allows us to record 80,000 data points in a day when previously we could do only 20 data points.

Everything is made up of chemical elements, including works of art and the materials artists use to create them. Conservators and conservation scientists study these materials to learn more about how artists work. This technique, X-ray fluorescence spectroscopy (XRF), teaches us about inorganic materials. A few common inorganic materials used by artists include most pigments, metals, and gilding. XRF uses a highly-focused X-ray beam to excite the elements present in an artwork.

You can see how the robot has helped us visualize the data in the images of the crucifixion. The graph titled Hg (Mercury) shows how we saw the data before as a single spectrum; now, thousands of spectra are collected as the robot scans the object and the data is processed into an image that allows us to visualize everywhere a particular element is present. This visualization is similar to pixels making up a photograph. 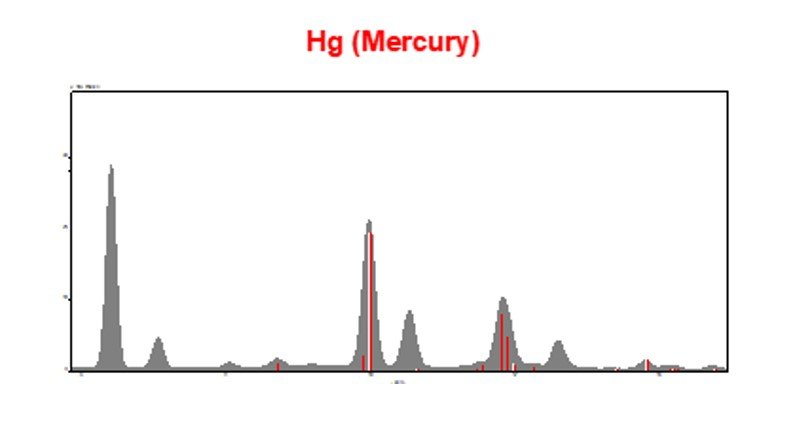 For instance, vermilion is a red pigment that was commonly used from antiquity until the early 20th century. This pigment contains the element mercury and therefore if we see mercury, vermilion (red) can be assumed to present. In the Hg (Mercury) spectrum above, you see where vermilion is used in a single red area on Cranach’s Crucifixion. However, in the example painting images you can see the robot has mapped everywhere vermilion is present across the painting. As you can see, vermillion is present in the red areas but also in orange areas where it has been mixed with yellow.

Vermilion is an ancient pigment, but other pigments were created more recently. For instance, titanium white was invented in 1921, so if we see titanium in areas of white on a painting from the 15th century, we investigate further because the painting could be a forgery. Similarly, the presence of particular pigments can also be used to approximate the date of a painting.

Stay tuned for future stories about the discoveries made at Newfields using this technology!

Advanced tickets are required for all members and guests.