The Hawryluk Collection of Art in Nature

Newfields has announced a new series of outdoor public art installations for The Virginia B. Fairbanks Art & Nature Park that will activate the park and create dynamic opportunities for engagement and exploration. A transformative $3 million gift by longtime Newfields patron and philanthropist Kent Hawryluk, will support the ongoing commissioning and presentation of large-scale sculpture, creating The Hawryluk Collection of Art in Nature. This evolving series will be hosted on The Hawryluk Sculpture Green, located in the heart of The Virginia B. Fairbanks Art & Nature Park.

The initiative will launch in June 2023 with a site-responsive commission by artist Heather Hart, whose colorful interactive rooftop installations appear as if they have fallen from the sky, allowing visitors to climb through windows and doors and onto the roof. Hart’s project, which will become a site for spontaneous and planned performances, workshops, and community discussions, will debut as part of a larger exhibition, Home Again.

The exhibition will include two additional sculptures centered around the notion of home and shelter by Anila Quayyum Agha and collaborators Mark Dion and Dana Sherwood. Home Again is themed around the refresh and rejuvenation of The Virginia B. Fairbanks Art & Nature Park, bringing guests “home again” to experience and interact with new art installations part of The Hawryluk Collection of Art in Nature.

Artworks featured in the Home Again exhibition include: 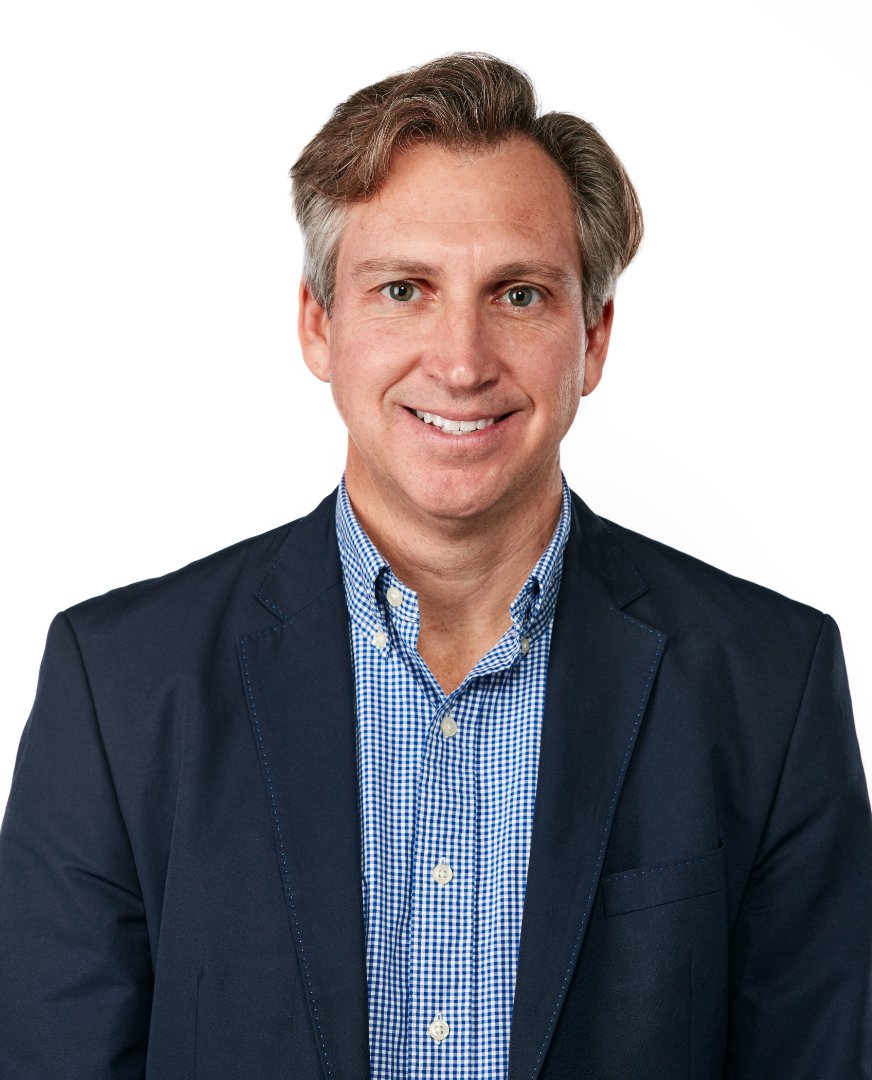 Kent Hawryluk, Kent Hawryluk has 20 years’ experience as a life sciences entrepreneur, leader and investor. Mr. Hawryluk is Co-Founder, President & CEO of MBX Biosciences, a biopharmaceutical company focused on endocrine disorders. Previously, he was a Co-founder and Chief Business Officer of Avidity Biosciences, a genetic medicines company trading under the ticker symbol RNA, from January 2013 to December 2019. Prior to Avidity, he served as Co-Founder and CEO of MB2, a clinical-stage company focused on diabetes and obesity, from May 2014 to March 2016. MB2 was acquired by Novo Nordisk in October 2015. Mr. Hawryluk also co-founded Marcadia Biotech and served as its Chief Business Officer and Vice President, Business Development from January 2006 to April 2011. Marcadia, a pioneer in peptide multi-agonists of incretin receptors, was acquired by Roche in December 2010. He has served as partner of Twilight Venture Partners, a private seed- and early-stage life science venture capital fund, since January 2003. Mr. Hawryluk holds a BA from Princeton University, an MBA from Kellogg School of Management at Northwestern University, and an MS, Biology from Purdue University.

Mr. Hawryluk first became involved with the Indianapolis Museum of Art nearly 20 years ago, when he joined the Young Friends of Art and Contemporary Art Society. Through his experience with these groups and the relationships he built with collectors and curators, he developed the passion for contemporary art that ultimately led to his transformative gift to create the Hawryluk Sculpture Green and Hawryluk Collection. Mr. Hawryluk served on the Board of Trustees for 9 years. 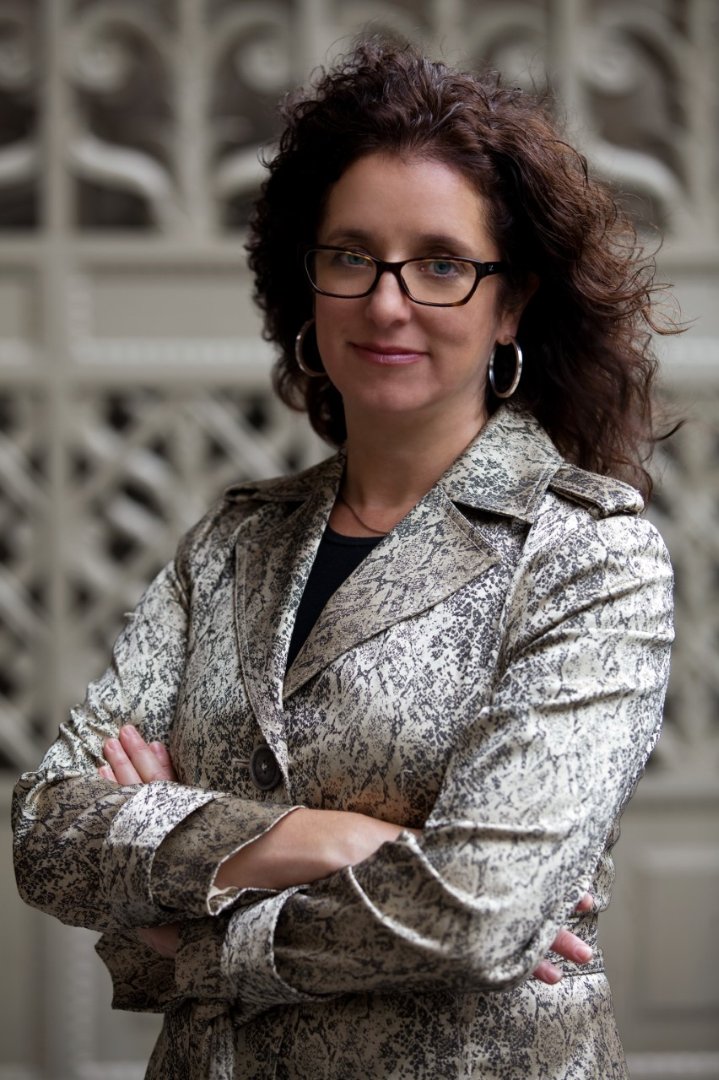 Lisa Freiman, for over thirty years, Lisa D. Freiman has served in leadership and curatorial roles in the field of contemporary art. She is a professor of art history at Virginia Commonwealth University’s School of the Arts and also works as a consulting curator for Newfields. She served as the inaugural director of VCU’s Institute for Contemporary Art and co-curated its opening exhibition, Declaration in 2018. Between 2002-2013, she worked as Senior Curator and Chair of modern and contemporary art at the Indianapolis Museum of Art, where she developed a widely-recognized program that supported artists’ work through traveling exhibitions, commissions, acquisitions, and publications. In 2011, the U.S. State Department selected Freiman as the commissioner and curator of the U.S. Pavilion for the 54th International Art Exhibition, la Biennale di Venezia, the oldest contemporary art exhibition in the world. Her exhibition Gloria featured six newly commissioned works by the collaborative Allora & Calzadilla. In 2010, Freiman launched The Virginia B. Fairbanks Art & Nature Park: 100 Acres, an expansive new model for 21st-century sculpture parks emphasizing experimentation, place-making, and public interaction through changing commissioned artworks. Freiman earned her PhD and MA degrees in modern and contemporary art history from Emory University and holds a BA from Oberlin College.

Heather Hart (b. Seattle, WA, lives and works in Brooklyn, NY) is an interdisciplinary artist exploring the power in thresholds, questioning dominant narratives, and creating alternatives to them. Hart’s work has been exhibited at the Queens Museum, Storm King Art Center, Albright-Knox Museum, The Kohler Art Center, NCMA, Eastern Illinois University, Seattle Art Museum, Brooklyn Museum, University of Buffalo, and University of Toronto, Scarborough among others. She was awarded grants from Anonymous Was A Woman, the Graham Foundation, Joan Mitchell Foundation, and the Jerome Foundation, NYFA, and Harpo Foundation. Hart co-founded Black Lunch Table in 2005 and has won a Creative Capital award, Wikimedia Foundation grants, an Andrew W. Mellon Foundation grant and an Andy Warhol Foundation of Art grant with that project. Hart is an Assistant Professor at Mason Gross School for Art + Design, a member of the Black Trustee Alliance for Art Museums, an external advisor for AUC Art Collective, and a trustee at Storm King Art Center. She studied at Skowhegan, Whitney ISP, Cornish College of the Arts, Princeton University and received her MFA from Rutgers University. Hart was a 2021-2022 Fellow at the Radcliffe Institute for Advanced Study at Harvard University. She is represented by Davidson Gallery in New York.

Anila Quayyum Agha was born in Lahore, Pakistan, and received her BFA from the National College of Arts, Lahore and an MFA from the University of North Texas. Major solo shows include the Amon Carter Museum of American Art in Fort Worth, TX; Columbia Art Museum in South Carolina; Peabody Essex Museum in Salem, MA, National Sculpture Museum in Valladolid, Spain, The Dallas Contemporary Art Museum, Cincinnati Art Museum, the Museum of Contemporary Art in Jacksonville, FL. Philbrook Museum of Art in Tulsa, North Carolina Art Museum in Raleigh, and the Toledo Museum of Art in Ohio. For the 2019 Venice Biennial, Agha was included in a collateral event, She Persists, with 22 contemporary feminist artists. Agha has received the Efroymson Art Fellowship, Cincinnati Art Museum’s 2017 Schiele Prize, the DeHaan Artist of Distinction Award twice (2018 & 2021) and the Joan Mitchell Painters and Sculptors award in 2019. Agha’s 2014 ArtPrize entry, titled "Intersections", earned the Public Vote Grand Prize and split the Juried Grand Prize in Grand Rapids, Michigan. In 2020, Agha received an Endowed Chair position titled Morris Eminent Scholar in Art at Augusta University in Georgia, as well as the prestigious Smithsonian Fellowship in the arts for 2021 and worked with both SAAM and AAA in Washington DC in May 2022. Her work has been collected by both institutions and private collectors; nationally and internationally.

Mark Dion was born in New Bedford, Massachusetts in 1961. He received a BFA (1986) and an honorary doctorate (2003) from the University of Hartford, Hartford Art School, and attended the Whitney Museum of American Art's Independent Study Program. He also has an Honorary Doctor of Humane Letters (Ph.D.) from The Wagner Free Institute of Science in Philadelphia (2015). Dion’s work examines the ways in which dominant ideologies and public institutions shape our understanding of history, knowledge, and the natural world. Appropriating archaeological, field ecology and other scientific methods of collecting, ordering, and exhibiting objects, Dion creates works that question the distinctions between ‘objective’ (‘rational’) scientific methods and ‘subjective’ (‘irrational’) influences. Dion also frequently collaborates with museums of natural history, aquariums, zoos and other institutions mandated to produce public knowledge on the topic of nature. By locating the roots of environmental politics and public policy in the construction of knowledge about nature, Mark Dion questions the objectivity and authoritative role of the scientific voice in contemporary society, tracking how pseudo-science, social agendas and ideology creep into public discourse and knowledge production. He is the co-director of Mildred's Land an innovative visual art education and residency program in Beach Lake, Dion lives with his wife and frequent collaborator Dana Sherwood in Copake, New York and works worldwide.

Dana Sherwood is an American artist whose diverse practice explores the relationship between humans and the natural world in order to understand culture and behavior in a changing environment.  In her work, nature, often in the form of non-human animals, plays a complex role as both subject and collaborator, asserting its presence and subverting the artists’ perceived control. Since graduating from the University of Maine in 2004 Sherwood has exhibited throughout The Americas, Europe and Australia including solo exhibitions at Nagle-Draxler Reiseburogalerie (Cologne), Denny Dimin Gallery (New York) and Kepler Art-Conseil (Paris).  Her work has also been shown at Storm King (New York), The Jack Shainman School, The Fellbach Sculpture Triennial (Germany), Pink Summer Gallery (Italy), Kunsthal Aarhus, The Palais des Beaux Arts Paris, Marian Boesky Gallery, Socrates Sculpture Park, Flux Factory, The Biennial of Western New York, Prospect 2: New Orleans, Scotia Bank Nuit Blanche (Toronto), dOCUMENTA 13, and many other venues worldwide.  She opened her first solo museum exhibition at the Florence Griswold Museum in 2022.

Anila Quayyum Agha (Pakistani-American, b. 1965), Installation view at the Philbrook Museum of Art of This is NOT a Refuge, 2018, laser cut, powder coated, aluminum steel plate, 12 × 10 × 8 ft. with a 4 × 18 ft. wood bench inside. The Virginia B. Fairbanks Art & Nature Park, On loan from the artist. © Anila Quayyum Agha. Photo courtesy of the artist.